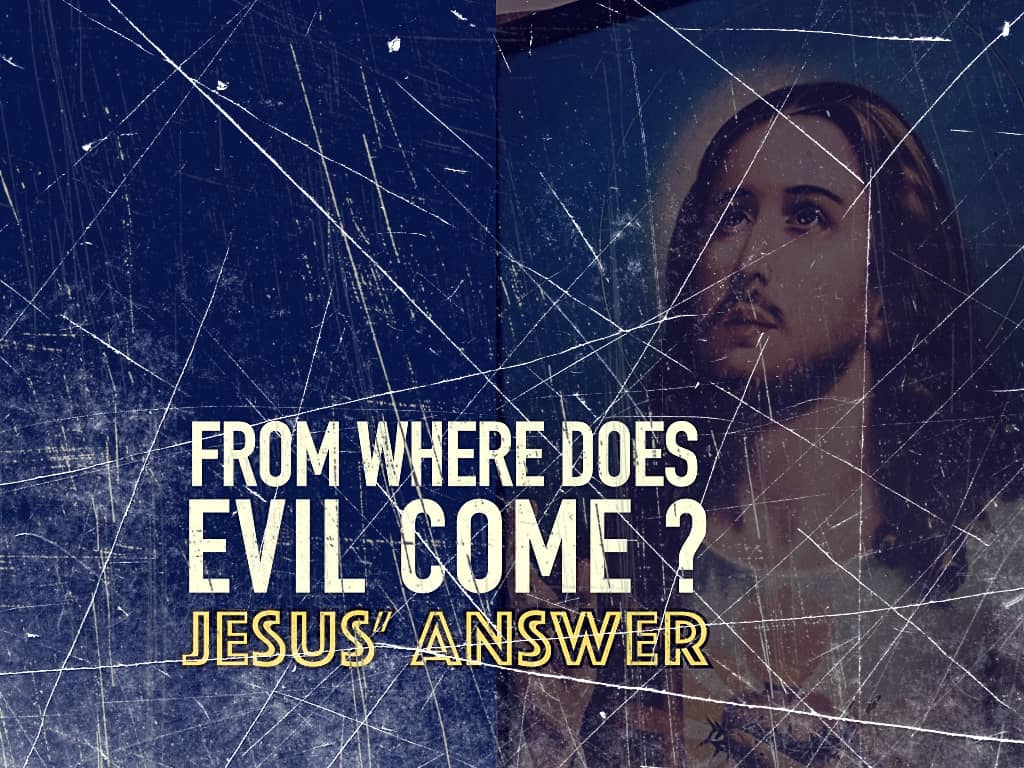 The Pharisees accuse Jesus’ disciples of eating without washing their hands. Jesus does not defend his disciples; rather, he offends the opposition – the Pharisees. Jesus raises the discussion to a different level to reveal where evil comes from.

What are the Pharisees ignoring before accusing Jesus’ disciples?

Jesus is doing great works, so where does the question of evil arise? We are talking about Mark 7:1-23, which is sandwiched between Jesus’ miracles like feeding the five thousand (6:30-44), Jesus walking on water (6:45-52), and healing the sick in Gennesaret (6:53-56). And after confronting the Pharisees, Jesus moves on to the Gentiles territories of Tyre, Sidon, and Decapolis. Jesus heals the Syrophoenician woman’s daughter (7:24-30), heals a deaf man in the Decapolis (7:31-37), and performs the miracle of feeding the four thousand. The Pharisees ignore the great works done by Jesus and focus on the disciples’ failure to observe traditions.

What were Jesus’ disciples accused of?

The Pharisees accused Jesus that his disciples do not maintain the tradition of the elders but ate their bread with unwashed hands. Leviticus Chapters 11-15 talks about ritual cleanliness. It is the Torah – the law handed by God. The Pharisees take these laws seriously.

But when the Pharisees criticize Jesus’ disciples, they go beyond the law requirements and enforce human interpretations.

The problem with ritual cleansing

Ritual cleansing of hands was required only for priests when they go in the tent of meeting or come near the altar (Exodus 30:18-21 & 40:31). In simple words, washing the hands was required from the priest when attending sacred duties in a holy place. The Pharisees extended this tradition to ordinary Jews – to proclaim their identity distinct from their pagan neighbors.

Ritual cleanliness has nothing to do with hygiene. Germs were not discovered till the 17th century. It was difficult to persuade doctors to wash their hands before surgery. Ritual cleansing was for worship.

Jesus’ problem with the Pharisees was with the observance of the Torah – the law of God. But They valued the tradition around the law. The problem was that people began to equate this interpretation with the law itself.

The Pharisees had opportunities to accuse Jesus when he healed on a sabbath (1:21-34; 3:1-6); touched a leper (1:41), claimed to forgive sins (2:5), called a tax collector to be his disciple and blessed unclean women who touched him (5:24-24). They did oppose Jesus. But here, the Pharisees are choosing an indirect approach – drawing attention to the failure of his disciples. Their argument is if Jesus is a teacher of the law, why doesn’t he require the disciples to observe the traditions?

Why did Jesus call the Pharisees Hypocrites?

Jesus fires back at his opposition rather than defending the disciples. Jesus says: “These people honor me with their lips, but their heart is far from me … for you set aside the commandment of God and hold tightly to the tradition of men.” (Mark 7:6-7). Jesus accused them of being hypocrites.

The word hypocrite can have different meanings. In classical Greek literature, a hypocrite is a pretender who acts on the stage. That itself would not be evil; you need the context. Whereas in the New Testament, hypocrisy represents evil.

A hypocrite in a New Testament is one who says yes and doesn’t do it. They bind heavy burdens on others but will not lift a finger to help. They do work to be seen by others. They love public attention. They cheat the vulnerable and make long prayers (Matthew 23:1-13).

By calling the Pharisees hypocrites, Jesus is saying that their devotion to God is false and their religiosity fake. And you know where the hypocrites will end up – where there is weeping and grinding of teeth (Matthew 24:51) – that’s hell in Christian terms.

According to Jesus, what defiles us?

Jesus is inviting all to understand the main point of the argument. Jesus says, “there is nothing from outside of the man, that going into him can defile him; but the things which proceed out of the man are those that defile the man” (Mark 7:14-15). It’s not food that defiles humans – it is not what we eat that makes us unclean, but thoughts and feelings in our hearts (Matthew 5:28).

Jesus’ bold approach is in a culture that separates clean and unclean foods. But Jesus’ statement is in line with his action of touching a leper, eating with sinners, and being undisturbed when touched by an unclean woman.

And now the final question: where does evil come from?

Jesus’ answer is clear. Evil comes from within. Jesus says: from within, out of the hearts of men, proceed evil thoughts, adulteries, sexual sins, murders, thefts, covetings, wickedness, deceit, lustful desires, an evil eye, blasphemy, pride, and foolishness. All these evil things come from within and defile the man (Mark 7:21-23).

These sins are a direct violation of the Ten Commandments and are rooted in the teaching of the Old Testament. Jesus redirects the authority of the Pharisees back to the scripture, away from human traditions. It’s like honoring piety – religious practices and neglecting ethical behaviors – having the right relationship with God and people.

We have the responsibility to nurture holy things rather than evil things in our hearts. Our hearts could injure us spiritually. That’s the greatest caution Jesus offers us.

Why should we guard our hearts against evil?

Tell me in the comments below, what part of the above text inspires you.

Related Posts
When did Jesus Say Shut Up?
Is It Worth Following Jesus? Answer in John 6:60-69
Litany of Supplication: Why Pray It More Often?