Have you ever been to a Church bell tower? Maybe, you have walked the narrow steps leading upward or the spiral stairs giving you a dizzy feeling while enjoying the magnificent views via the bell doors. But the majestic bells always have a story to tell.

I am accustomed to seeing 500-year-old churches with bell towers back home in Goa, India.  And being a priest, I have walked up on several of those bell towers. Did I ever ring the huge bells? No. I don’t know how to do that. I am talking about belfries with more than one bell peeled melodiously in a specific sequence.

Now, I am in Greater London. And the 200-year-old Mitcham Parish Church building has eight bells – a full octave. A team is needed to ring the bells – like six to eight volunteers. Mitcham Parish church has been a worship centre for over 800 years. 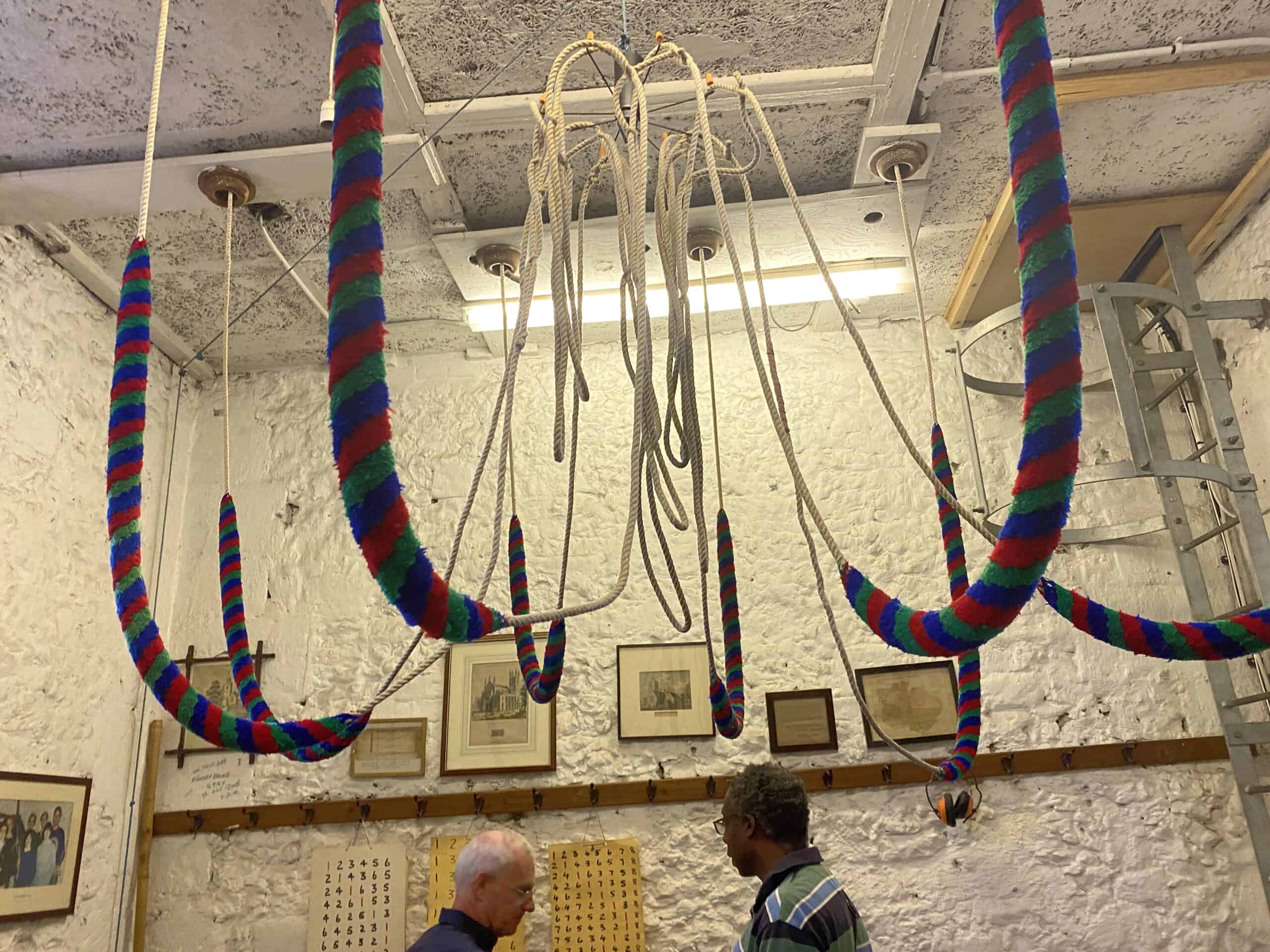 Recently, I was at this Mitcham Parish Church belonging to the Church of England on Mitcham Heritage Day 2022. But I missed the tour to the bell tower at the scheduled time.

But Father David Pennells, the Parish Vicar, offered to add me to a special tour of the bells in the tower on the very same day.  I discovered that the bell ringers gather every Monday for a practice session of over one and a half hour. And they invite interested people to watch or learn the art of ringing bells. So, I signed up to be added to the email list.

When I first heard the bells, they announced the new King of England, Charles III. But while I was in the tower, I could not see the ringers nor try to ring the bells.

I got the invite to join the Monday practice session. Fr Stephen Dias, SFX, the pastor at SS Peter and Paul Catholic Church in Mitcham, joined the evening of the practice session. It was a 12-minute walk from one church rectory to another. 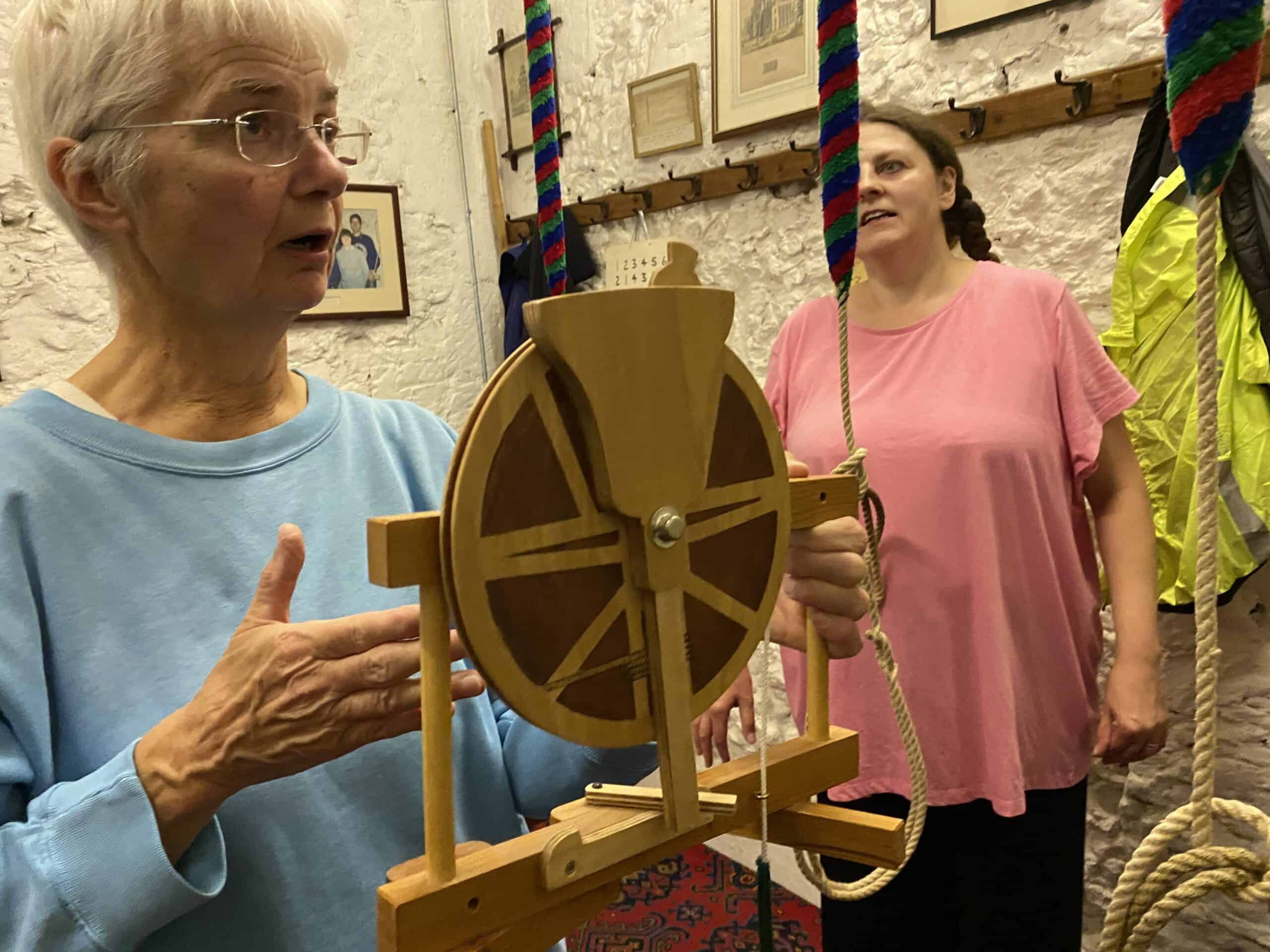 How does it all happen?

“Treble is going; she is gone,” the lead bell ringer says, and the other seven bells follow in descending order. But there were only six bell ringers, so only six bells were peeled on the day of my visit.

One among the ringers is assigned as a conductor, who leads the change in the sequence. If the initial series is 8,7,6,5,4,3,2,1, s/he can change it so that four goes before three and so forth.

Seeing the bell ringers doing it quickly and flawlessly is impressive.  “It takes practice,” they confess. “It is like learning a musical instrument – some pick up quickly while others take time.” 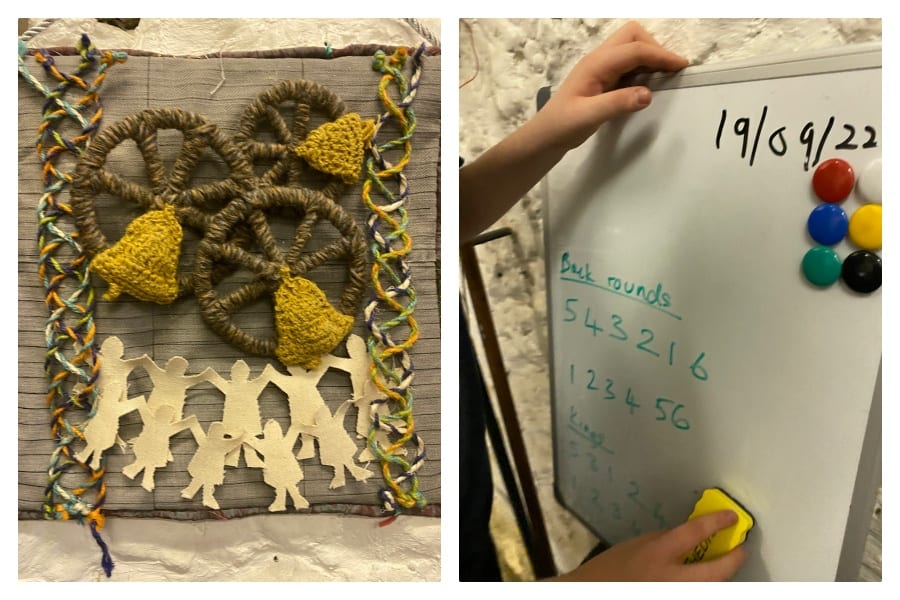 But the exciting part of that evening practice is that the newcomers are introduced to peal the bells. So, I got a couple of tries to do it. Once, I almost snoozed – failed to pull it down and missed the rhythm – and the experienced trainer took over to complete the sequence.

The bells don’t like a stiff pull; one must be gentle. There is a danger that the bell stopper can break with a rough draw. The wooden bell stopper will give way like a fuse to protect the bell. But in the history of these bell ringers, such an incident has never happened.

I visualized that in most churches, bells hang downward with the tong dangling. It’s the reverse here – the bells are inverted with the cup facing upward, with each swing bringing the bell up again.

“How long are the bells pealed?” asked a curious newbie. Seven minutes on a typical Sunday. It can go on for fifteen minutes for solemn occasions. But someone recalled ringing the bells for 45 minutes.

Another surprise was that the majority of the volunteers were women bell ringers. I did not expect that.

“It helps my back problem after sitting long hours,” said one woman. One has to stand straight to ring the bell, giving a full body stretch while pulling the rope down. “It’s good for the heart, as it exercises the lungs,” she added.

So, what is a bell-ringing activity? Exercise, fun or prayer?  “It’s a leisure activity,” was a spontaneous reply. It’s a time to be together, volunteering for the church you love – in praise of God and keeping the heritage alive. 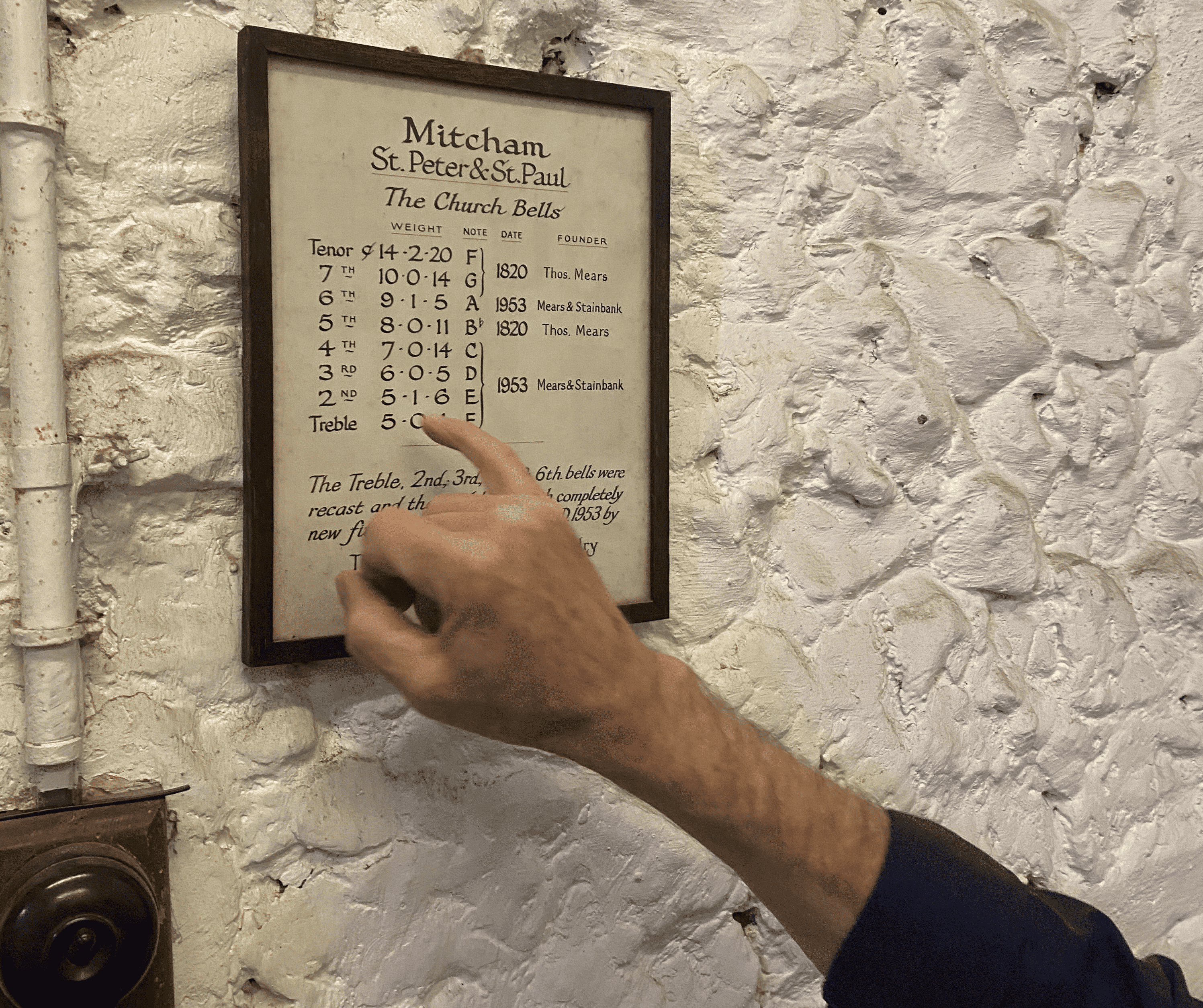 Three bells date back to the fifteenth century, and others are over 200 years old. The art of bell ringing is dying. And the culture of massive bells is dying, and bell foundries are dwindling.

I happened to be at a bell foundry in Bicholim, Goa, listening to the young owner about the lack of orders placed for big bells, the combination of metals and alloys to give strength to the bell and the appropriate sound. If the blend is inaccurate, the bells crack and create dissonance in the ear.

A priest told a new sacristan to ring the church bell. He had never rung it before. It was time for mass. The sacristan, who did not speak much English, went into the bell tower and pulled the rope, but nothing happened. The priest, too, was surprised to see the sacristan running out of the bell tower. Upon meeting the priest, the sacristan said: the bell is not shouting.

After watching Queen Elizabeth’s funeral, I joined the bell-ringing session on the same evening. I listened to the amazing sounds of the bells of Westminster Abbey during the Queen’s funeral ceremony. But I did not hear if there was a double troll – a mistake. A mistake may cost the job of the ringer, but only a trained bell ringer will pick a particular type of error in the sounds.

Do you have stories about church bells or bell towers? Kindly share in the comments below.

Related Posts
Miracles in Manila and the other ‘M’
Touch Wood! Read This Before You Say It
Horse Racing: Did the priest place a bet?