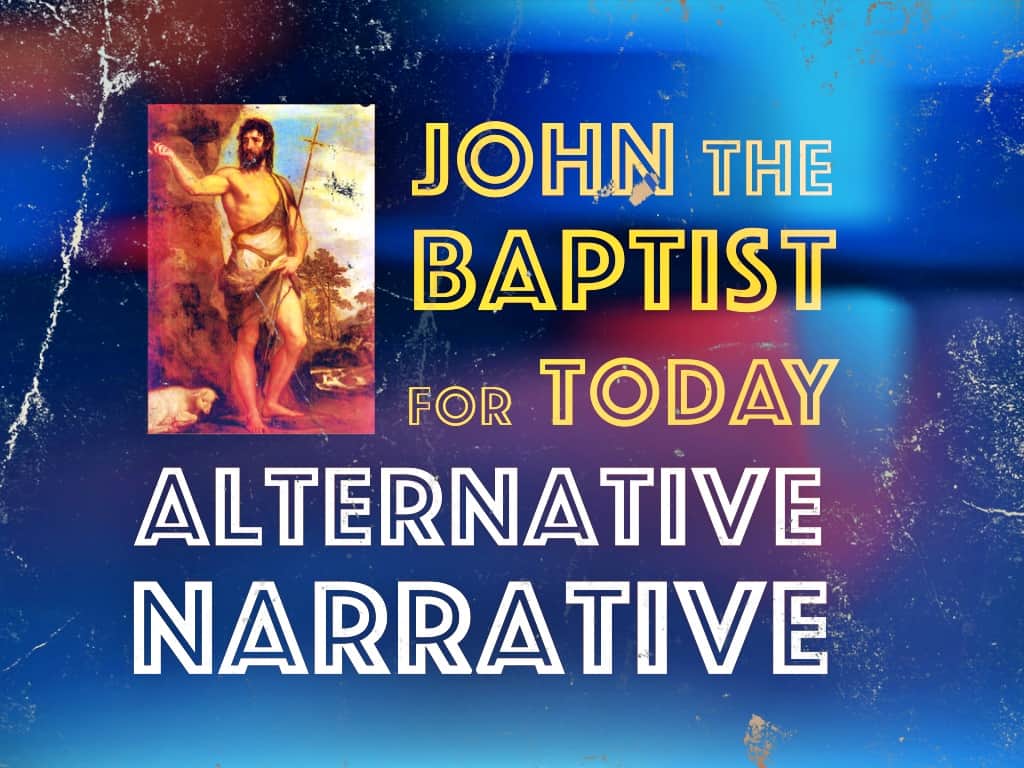 John the Baptist, the powerful influencer, provides an alternative to the dominant narrative. He lived in contrast to the existing norm. John the Baptist’s image is one living in the desert, eating locusts and wild honey and dressed in camel’s hair and a leather belt. It may sound like a minimalist style. But John’s focus was on standing for values and pointing others to Christ.

Prophet who didn’t sugar-coat his words

John the Baptist was least interested in being politically correct. Unlike preachers today, John delivered an undiluted message. The straightforward message: repent, for the kingdom of heaven is at hand! (Matthew 3:2). John’s fiery words to those who wanted to escape God’s judgment: Brood of vipers who warned you to flee from the wrath to come? (Luke 3:7-9).

As if that was not enough, John the Baptist rebuked the authorities for unethical and immoral practices (Luke 3:19-20). John was imprisoned and later beheaded, but he stood his ground. The suffering world needs leaders who talk from the heart and not diplomatically dodge the realities of the vulnerable.

The suffering world needs leaders who talk from the heart and not diplomatically dodge the realities of the vulnerable.

A leader who chose to serve and remain humble

John the Baptist was honored by Christ for being a servant. The biblical saying still holds: the more you humble yourself, the more God exalts you. There is no theory to prove it; ask a devotee who experienced it. Jesus said that among those born of women, there is no one greater than John the Baptist (Luke 7:28).

Even when the opportunity presented itself, John remained humble, stating that he is unworthy to untie the thong of the messiah’s sandals. He did not boast about himself neither stole the spotlight from Jesus. He was clear about his mission: I must decrease, and Jesus must increase.

The lost sheep await a humble servant leader who focuses on an empowering mission to save and serve others. John the Baptist is a threatening opposition to the self-promoting establishments. Imagine when the number of servant leaders increases – there are more chances that mercy and justice will reign. Genuine humility is an enabling experience which the powerful offer to the vulnerable. True humility liberates others even at the cost of the innocent life of a leader.

The lost sheep await a humble servant leader who focuses on an empowering mission to save and serve others.

A leader who refuses to brag

According to the tradition, Jesus was a cousin of John the Baptist. Get this right – the Bible does not use the word ‘cousin’ to describe their relationship. But they were related both by family and by purpose. John didn’t boast of his connection to Jesus, even as a relative. Even John didn’t brag about himself. He was content with his role as a forerunner – preparing the way for the messiah.

You may find yourself in a world that teaches self-promotion. Bragging has become a mainstream norm. Yes, you hate it when people say: I did this, or I did that. You can even be deceived when self-promotion is outsourced and handled by a public relations agency. A servant leader has no time to brag, and even when they do, they will turn the spotlight on to others – especially the less recognized in the process of success.

I heard an interesting saying five years ago. A friend told me that we live in a world where “who you know is more important than what you know.” Obviously, to get things done for oneself, not for others. The trend to boast about ‘who you know’ continues. And also post pictures with celebrities and famous personalities. I am not demonizing bragging. But drawing the attention of the need to stay focused on purpose more than one’s own needs and wants. Humanity has vacancies for leaders who display grit, restrain, and other-centeredness.

Humanity has vacancies for leaders who display grit, restrain, and other-centeredness.

Most people remember the birth of John the Baptist with festivities. You are drawn towards the passion of the courageous soul. John offers a sustainable alternative to our times. Life of John in an option to combat scenarios of over-dominance, over-indulgence, and increasing indifference to the suffering other.

God’s timing in your life is always perfect. You have a calling and a purpose. Even in a depressing time with mistrust, God enkindles hope in possibilities to be yourself and care for those around you. You are the prophet of hope and inspiration. Let your actions be the only words you speak.

I thought you would not read till the end., but you did. This makes you different from others. You are other-centered. John the Baptist continues to inspire you to lead you to the right path.

Related Posts
Sacred Heart of Jesus: Things You Take for Granted
Priests Will Stop Saying the Word “ONE” from the Collect
11 Secret Prayers Priest Says During Mass