Another first experience – being on a horse race course, talking about horses and betting. It was a Bank holiday, a long weekend to sign off the summer and holiday season.

Along with another priest, I was invited by a parishioner and friends to join in on an annual family fun day. The group started this particular tradition 36 years ago as an attempt to get their children out on the lawns. The children are old enough to do their own stuff, but their parents have remained lifelong friends.

So here, I was at Epsom Downs, England, the largest race course in Europe. I could not believe it. Later, I confirmed with our friend Google – the race course boasts a 120,000 capacity. But I was surprised to discover that Tokyo Racecourse can accommodate 223,000 people.

It’s a different lingo I was listening to as we parked the car close to the stand near The Carzoo Derby No. 2.

“I am going to study horses,” one said, as he took out the local newspaper to read about the races and the jockeys – and their ratings to place the winning bets.

“So, how does one pick the winner?” I asked innocently. Apart from the technical details like the size of the horse, its weight, age, etc., I discovered some random methods.

Most in the group were fun-loving people, betting as a part of the leisure for the day.

“I chose bets based on the familiarity with the horse’s name,” said a lucky lady gambler. “I put my money on the name of the most attractive horse.”

For the first race – it was Bonita B. Coincidently, Bonita B had a higher chance to win, as indicated by the local reports. And for the lucky gambler, Bonita B emerged as a winner.

Rewind! Before the horse race began

“Is there a mass?” asked a senior most lady. She was visiting from Canada. “I am told there is confession.”

With priests on the race course, there were possibilities.

The lady shared that with Covid-19, masses are online. But she was open to the unexpected – for a mass on the race course.

“After Covid-19, anything is possible,” she admitted. She also agreed that it is comfortable to attend mass from home, away from the church, with the option to fast forward the homily if you don’t understand the accent – or if it is boring.

There was no mass or confession at the venue. It was a prank few used to introduce the presence of priests.

The lead organisers extended the hospitality to bring priests for a day out.

“Every year, we have a new priest,” one said.

It was the first time, almost after three years, people were out on the race course after the pandemic began in 2020.

Then came the mighty fall to be remembered forever

Another unforeseen event was breaking a chair.

It was lunchtime, and I was served a lovely Indian Biryani with chicken gravy. I moved towards my spot, adjusted the chair and sat on it. The chair crashed, landing me on the ground with half the plate of food on the left bottom of my trousers. 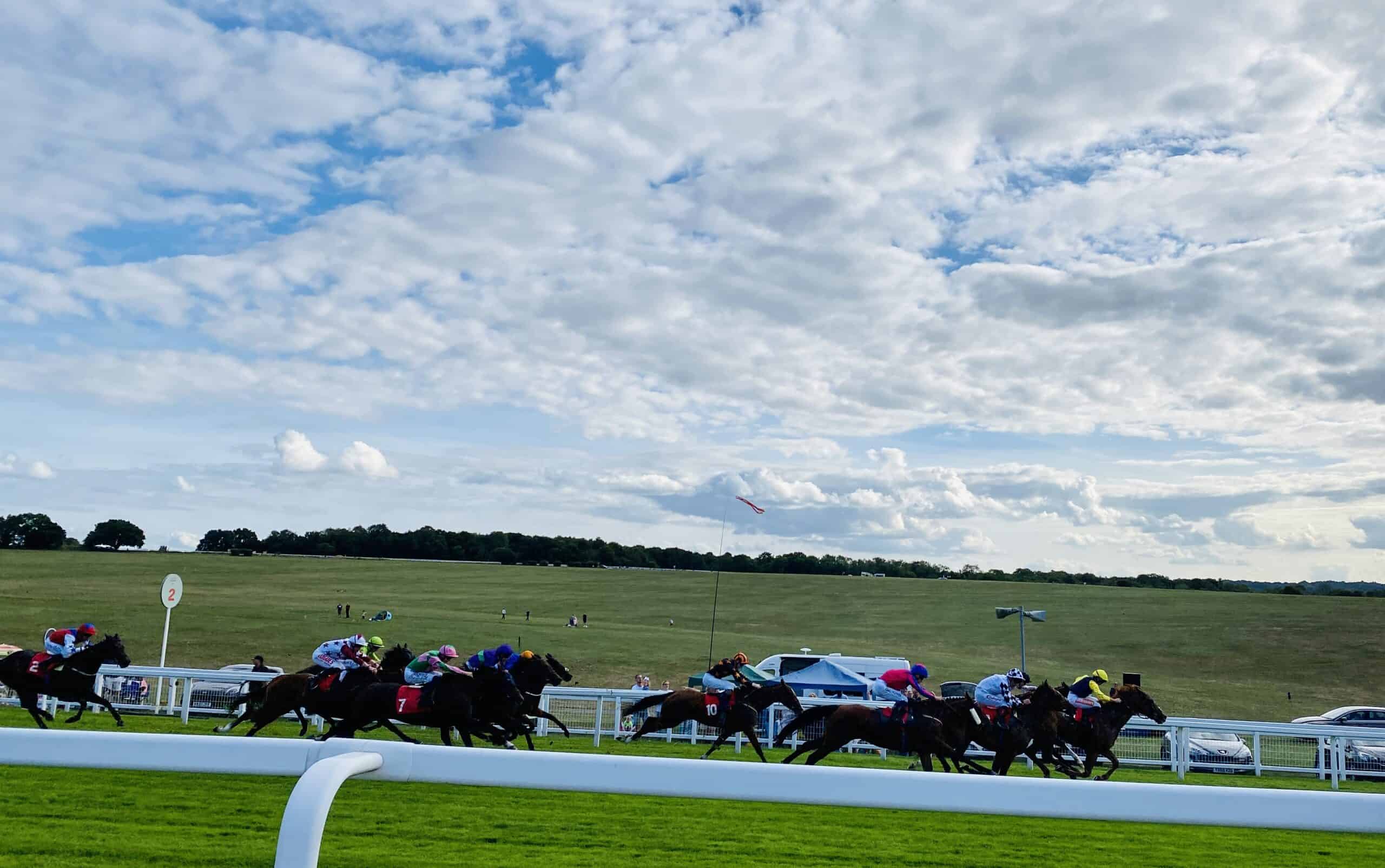 A moment of silence dawned, with all eyes in one direction, to witness my reaction. I was still on the floor with a smile and a bit of laughter. And then the noise of jokes began, and the volume of laughter increased.

The other priest had a burst of contagious laughter; even tears rolled down his eyes. Now people were looking at him too and laughing aloud.

Someone had whispered into the priest’s ears that the chair beside him also gave way, and the occupant missed a mishap.

“Both sides,” the priest said, firmly rooted into his chair, “the chairs broke down – on my right and the left.”

Suddenly, I had a rush of support to pull me up and offer wet wipes and napkins to clean my trousers. Was it a happy fall? Yes, indeed. The host invited me to join the coming year at the race course. And someone said with a smile, “Bring your chair along.”

Gently, a senior lady said: it’s always me who falls wherever I go.

There were no casualties, no damages to claim and a happy ending.

The betting zone is always alive

And the question on your mind: Did the priests place a bet? The group will confess the truth. “We can ask the priests to bless our bets,” someone added.

There were seven races on the day. The number of horses for each race differed. I watched the bookies – those who accept bets on their kiosks. The unschooled were instructed to read the display and weigh the odds of winning. It was a new world, yet it felt ancient, considering that betting has been going on for over a millennium.

I hope you are at one of these horse races, sometimes to witness the excitement, frowns, and fun; winners cheering the losers. It’s just a fun time—the sound of the galloping horses, the jeer of the crowds and the tone of the commentaries.

With the other priest, I did walk up to the starting point for one race and watched the excitement at the finish line three times. I was told that there was a senior who was excited about horse racing – he knew the horses and the rules of the game.

You see people betting on the kiosk, but it’s also online now. The winners rushed towards the booth to collect the winning and place bets for the next race.

“If you have a good day and you lose money, that’s ok,” a happy one said. “But if you had a bad day then… it’s bad.” There was a retort, “We must ban this fellow. He won too much.” 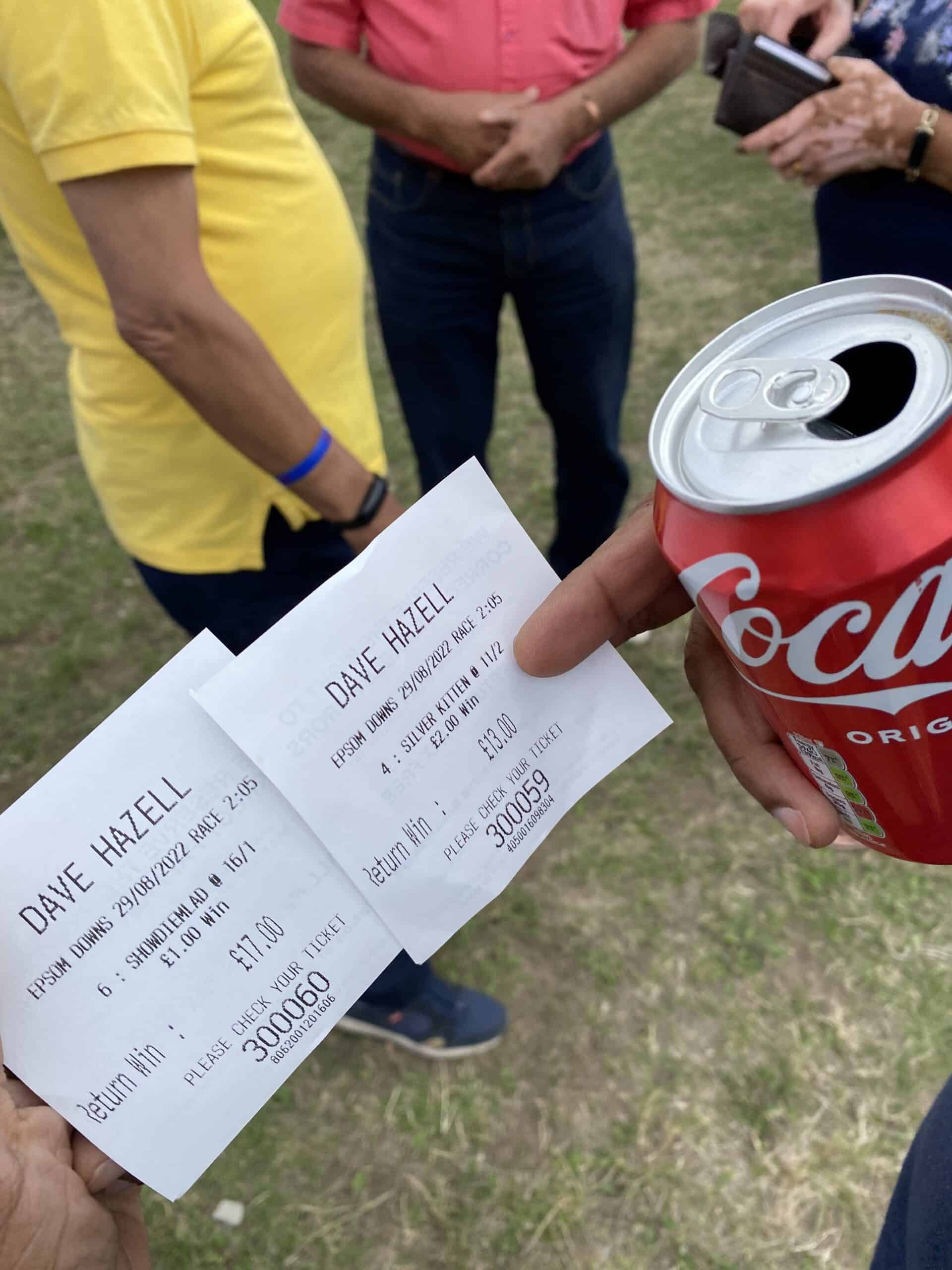 The group of sixteen had another lucky pick, which depended on the number of winning the horse for the last race. The lots were distributed before the races began. But along the way, it was discovered that there were only ten horses for the final race.

So, there was this unlucky announcement: those who have numbers from 11-16 are out of luck. Candidly, one suggestion sprang up: anybody wants to buy my ticket? It’s between 1-10. You can still improve your chances of winning the jackpot. That was the quickest business proposition. Sadly, there were no takers.

The final race and the winner is …

The host who drove the priests to the derby won the last bet and the group jackpot. Hurray!

Related Posts
Miracles in Manila and the other ‘M’
Touch Wood! Read This Before You Say It
Trapped Inside the Sacristy