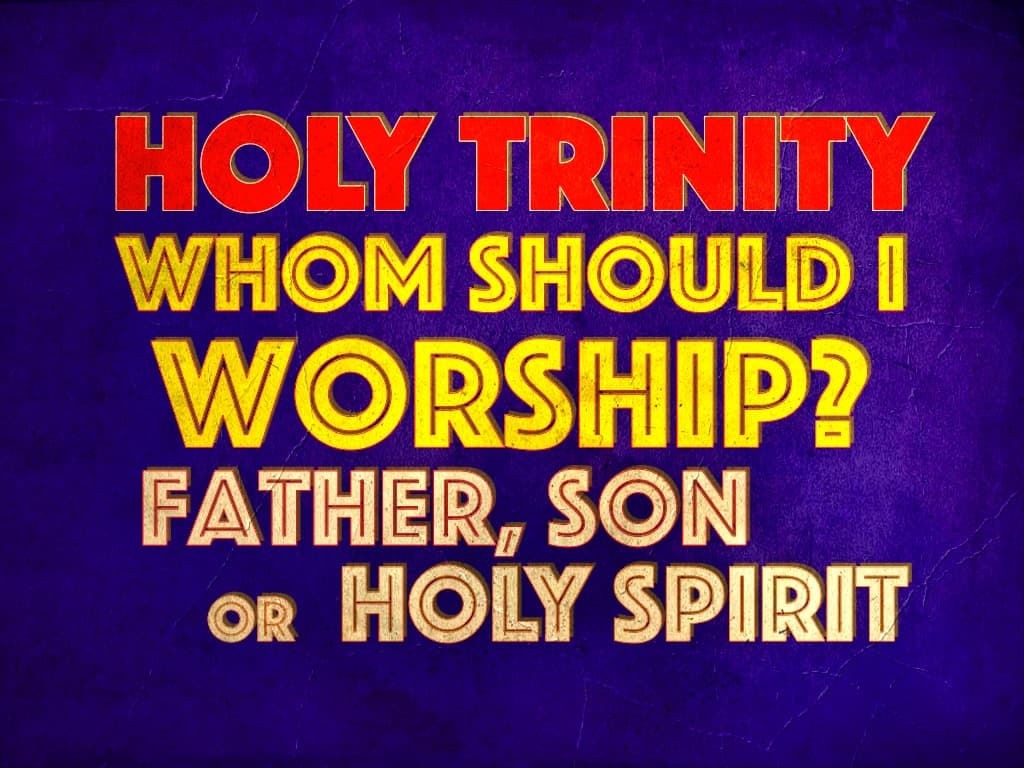 You have heard it many times; the Holy Trinity is a mystery – no one can explain or comprehend its meaning. But you still want to know what is unique about the central mystery of the Christian faith. You have questions – and you want to see how many answers are available.

Let’s clear the basic doubts. I don’t want to start with the official expression of the Church on the Trinity.

1. God wants you to know about the Trinity.

You affirm that the Bible is revealed by God: as a Father, Son, and the Holy Spirit. God made this known because God wants us to believe in the Trinity. So, your quest to know more about the Trinity is not irrational or blasphemous – it’s a matter of grace. As Deuteronomy 29:29 states, “Things that are revealed belong to us.”

2. Trinity is not illogical.

‘Trinity’ may sound odd when you first hear about it. The doctrine does not teach some absurdity – God is three persons in one person or three beings in one being. The Church teaches God is three persons in one being. The claim isn’t nonsensical because there are no examples, or it is beyond rational comprehension. It does not violate logic, just because it’s beyond the realm of human thought.

3. Stop looking for illustrations of Trinity.

Most illustrations are unlike God than like God. It is best to stop searching and promoting images of Trinity as if you have figured out the mystery. Trinity is a divine reality – unparallel to human imagination.

4. The Reason why we Know about the Trinity

5. The Trinity is Connected to the Gospel.

A God who gave his Son and Spirit to save us is always a Father who had the Son and the Spirit. Any description of the Trinity should always be salvific – the purpose of Trinity is to save. As the Bible keeps Trinity and Gospel together, so should we.

7. Prayer has a Trinitarian structure.

Each time, you come before God in the name of Jesus by the power of the Holy Spirt, even if you are consciously not thinking about it, it is grace that makes this possible.

8. Whom should I worship? Father, Son, or Spirit

Don’t be scrupulous! When you focus on Christ, you will not miss out on the Father and the Spirit. Yes, I often hear – people pay more attention to Jesus Christ than the Father and Spirit. Even some claim that pastors speak less about the Spirit. When you worship the Son, you are not forgetful of the Father or ignoring the Spirit.

9. Go ahead to learn about the Trinity.

You can be Trinitarian without talking about it. Trinity reveals the big picture – more than discipleship and the cross. You are not forbidden to talk about it, ponder on it – when necessary, even use the word Trinity either for worship or in daily conversations.

Let’s hear what the Catholic Church teaches about Trinity.

10. Do Not doubt Trinity as a Christian.

The Holy Trinity is the central mystery of Christianity. Yes, don’t doubt it. Every Christian is baptized in the name of the Father and of the Son and of the Holy Spirit (CCC 44). Trinity comes from the Latin word trinitas, meaning three or triad. As a word, Trinity was first used in A.D. 170

by Theophilus of Antioch.

The Catechism of the Catholic Church (CCC) expresses the trinitarian faith by professing a belief in the oneness of God in whom there are three persons: Father, Son, and Holy Spirit.  The three divine persons are one – equally possessing the fullness of the one and indivisible divine nature. Yet, the three persons are distinct from each other. The Father generates the Son, the Son is generated by the Father; the Holy Spirit proceeds for the Father and the Son (CCC 48).

How to answer this one – yes, no and in between.  The Trinity can be proved through divine revelation. I wouldn’t say I like the word proved – Trinity is revealed. Yes, it cannot be proved with human reason or the Old Testament alone. The incarnation of the Son and the outpouring of the Spirit makes the Trinity accessible to us. Trinity is a mystery revealed in Jesus Christ and the source of all the other mysteries (CCC 45). Although the definition of the doctrine of Trinity took centuries, the revelation is found in the scriptures, both the Old Testament and the New Testament.

Related Posts
11 Things Churches Do that Drive Away Visitors
Is Your Parish Flourishing? 11 things to know
11 Secret Prayers Priest Says During Mass